I did not tend to project into the future when I was younger. Life imposed changes from different directions that I could not predict so I didn’t invest time trying to picture what I might like the future to be like. I was very much focused on the present. When Amber, Ben, Claudia and Bela brought me back to Philly from my first year of college I did not envision that just a few years later I would be an integral part of their family.

Climbing into the rental van, greeted by Claudia’s “I love you, Tucker”, I could not have imagined that within months I would be present for her first day of kindergarten and removing her first loose tooth.

Sitting in the Korean restaurant before leaving DC, I would not have guessed that soon I would learn from Amber & Ben to prepare the Korean noodle dish japchae, at a time when I had little cooking experience. Or that I would be providing instruction on this dish to Bela, along with other recipes that I have used over these years, now that he too is showing an interest in cooking.

As I read the D’Aulaire’s Book of Greek Myths to Claudia & Bela that summer, I would not have guessed that in time she would have followed in my hellenophilic footsteps. And while those myths at first seem to be just fantastic tales of men & women, terrible beasts and the power of the gods, that she would be the person who’d one day appreciate the nuance of the hero’s struggle between right & wrong, and the grayness of good & evil.

As I showed Bela my Rubik’s cube the first time, I could not have known that this past week I would help keep him distracted in the CHOP emergency room so they could do diagnostic blood work. And when I showed the kids the world of Skyrim that I had only ever wandered alone, I would not have known that I could one day be the creator of a D&D fantasy world to wander with them.

I had known the four of them for about 2 years already at the time they came to get me, but I did not know how much deeper those relationships – and my friendship with Amber in particular – would grow. That she would be someone with whom I would be able to share my interests and passions. Learning from her to knit that summer, I knew not that this would be the beginning of a creative partnership that I had not ever had with anyone. That our friendship would be a source of empowerment that would help me to grow personally, or that I would be empowered to improve the quality of my relationships with biological family, long before they each revealed the depth of their toxic attitudes and commitment to stagnation.

When gifted with a smoky quartz early that summer I knew not that it would be the first thing I reached for in a moment I was worried about Amber’s health, nor the extent to which 5 years time would show me how far a person can push to survive or to fight for her children and family. I already recognized her as a rock before then, and time has only shown me further that no one else I have ever met comes close to either her strength or her gift of insight.

In these 5 years I have been able to watch these two kids develop and grow and develop as people, with increasingly more defined interests and passions of their own, and learning myself how to fill the strange role that entering their family at 19 created. I ahve been blessed to be part of this process, and especially to have been alongside someone as amazing, engaged, and insightful a parent as Amber is. I marvel at her abilities as a mother for them, and am grateful to have her as a friend.

Choosing this family, and being chosen by this family, was the best decision I could have made. I would not have guessed all the good times and hard times we would have, but I am thankful all the same that they came to get me five years ago. I love this family, and I need not know the whole future before us, but I know who I want to step out into that future with each day, and I know where my home is come the night. 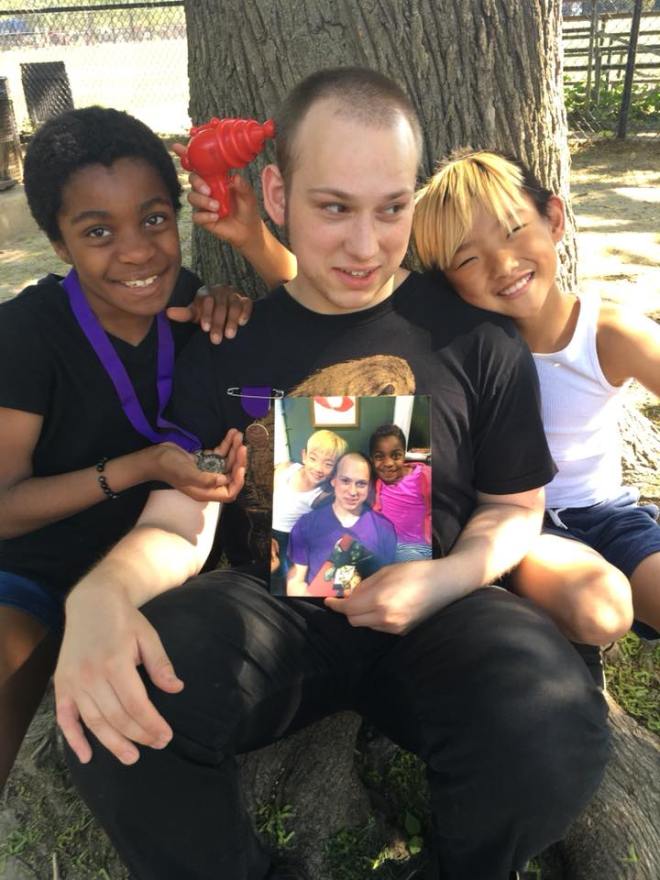