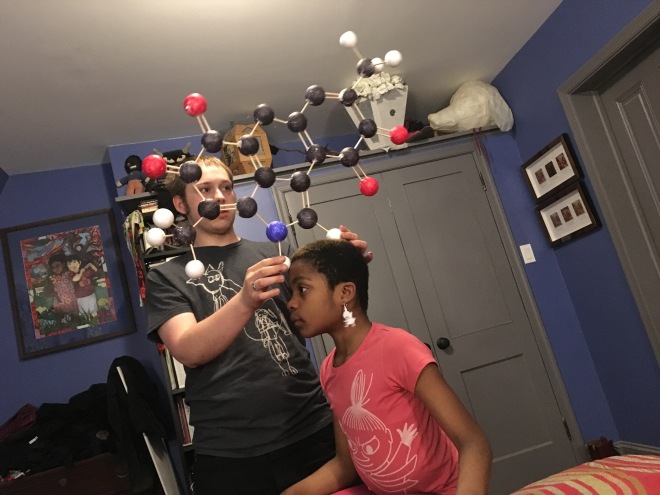 Tucker has been accepted to the MS Neuroscience program at Drexel Med (DUCOM). He will working in a neuro-robotics lab.

His course work counts directly towards his PhD.

We have been waiting for this day since September. tuck took his GRE on the day before my dad died. We are literally breathing for the first time since September 21. This was the final hurdle we were waiting out. I don’t care if the afterglow only lasts tonight. It’s definitely on.

We will be marching in the March for Science this Saturday with a lot of pride.

There’s a lot to write about how executive functioning deficits — and our own preoccupation with my dad’s death, his estate, and the death last week of my friend Matthew, all contributed to us not watching as carefully as we could as Tuck made decisions about where he would apply, and that could have gone pretty badly for everybody. We caught it, and it didn’t. More on that at another time.

We already had milkshakes waiting for the kids when they came in from the playground, but of course Claudia was ready to one-up Tucker… she’d found a FIFTY dollar bill.